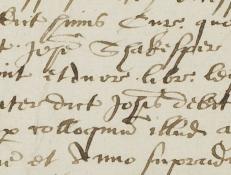 February 1, 1587
Proceedings in the local court of record in an action brought by Nicholas Lane against John Shakespeare concerning an alleged debt of £22 owed to Lane by his brother Henry Shakespeare: formal declaration by Lane’s attorney
This is part of a sequence of nine loose papers and entries in the Stratford court of record register, documenting the progress of an action brought by Nicholas Lane, a prosperous Alveston husbandman, against John Shakespeare for the recovery of a debt of £22. 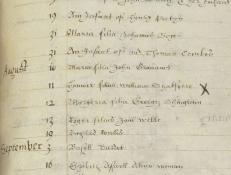 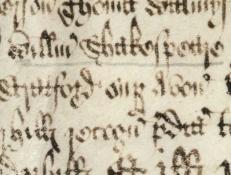 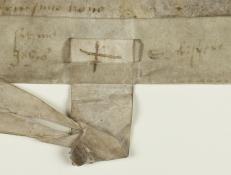 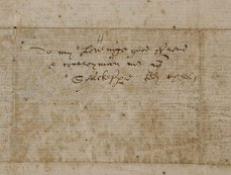