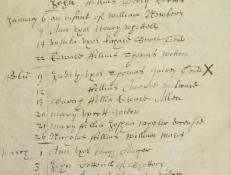 February 9, 1662
Parish register entry recording Judith Shakespeare Quiney's burial
Judith Quiney, Anne and William Shakespeare's younger daughter, was buried on February 9, 1662, according to the Holy Trinity Church parish register. Next to the entry, an “X” added by a later hand highlights its significance. 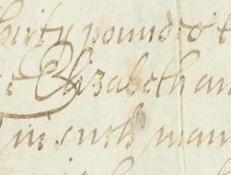 January 29, 1670
Will of Elizabeth Barnard, Shakespeare's granddaughter and his last surviving descendant: probate copy
SHAKESPEARE DOCUMENTED IS STILL GROWING! Descriptive content and transcriptions will continue to be added, updated and expanded. Check back for regular updates! 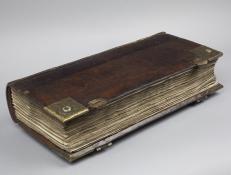