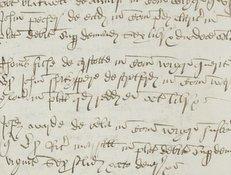 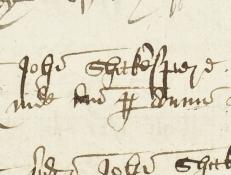 October 2, 1556
Presentment at Stratford-upon-Avon’s court leet that John Shakespeare had bought a house in Greenhill Street from George Turner and a house in Henley Street that became part of the Birthplace from Edward West
At Stratford’s court leet - originally a manorial court with delegated authority in minor criminal matters –  held on October 2, 1556, the jury reported two recent purchases by John Shakespeare. 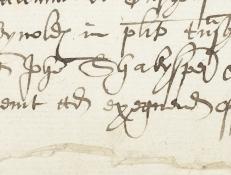 June 2, 1557
John Shakespeare is fined in Stratford’s court of record for his failure to attend the last three sittings of the court in his capacity as taster
In the autumn of each year, at Stratford’s court leet – originally a manorial court with delegated authority in minor criminal matters – officials were elected to assist the bailiff in the governance of the town. 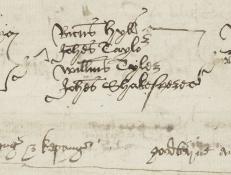 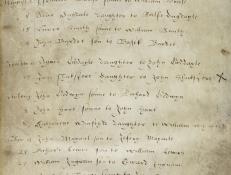