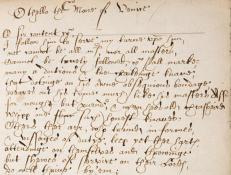 ca. 1570- 1625
Danby commonplace book containing lines from Othello
SHAKESPEARE DOCUMENTED IS STILL GROWING! Descriptive content and transcriptions will continue to be added, updated and expanded. Check back for regular updates! 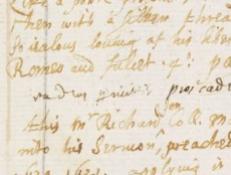 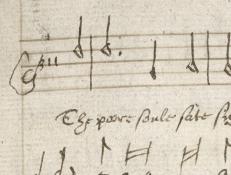 ca. 1616- 1630
Song three from Othello included with a musical setting in a manscript songbook
SHAKESPEARE DOCUMENTED IS STILL GROWING! Descriptive content and transcriptions will continue to be added, updated and expanded. Check back for regular updates! 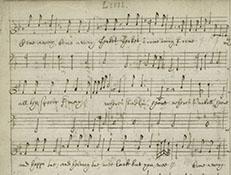 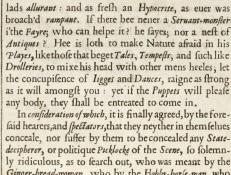 1631
Bartholomew Fair
SHAKESPEARE DOCUMENTED IS STILL GROWING! Descriptive content and transcriptions will continue to be added, updated and expanded. Check back for regular updates! 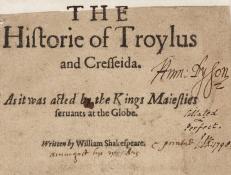 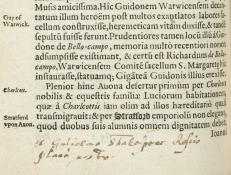 ca. 1620- 1650
Manuscript marginalia referring to Shakespeare
A copy of the third edition of William Camden’s Britannia (1590) now in the Huntington Library in San Marino, California, carries an inscription in ink on the lower margin of page 452: et Gulielmo Shakespear Roscio plané nostro 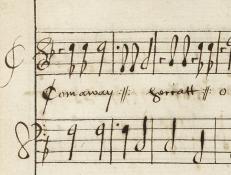 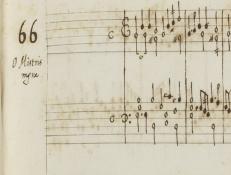 17th century
The Fitzwilliam Virginal Book, including music from Twelfth Night and Winter's Tale
SHAKESPEARE DOCUMENTED IS STILL GROWING! Descriptive content and transcriptions will continue to be added, updated and expanded. Check back for regular updates!