Catalogus Universalis, Spring 1624: reference to Shakespeare and the First Folio 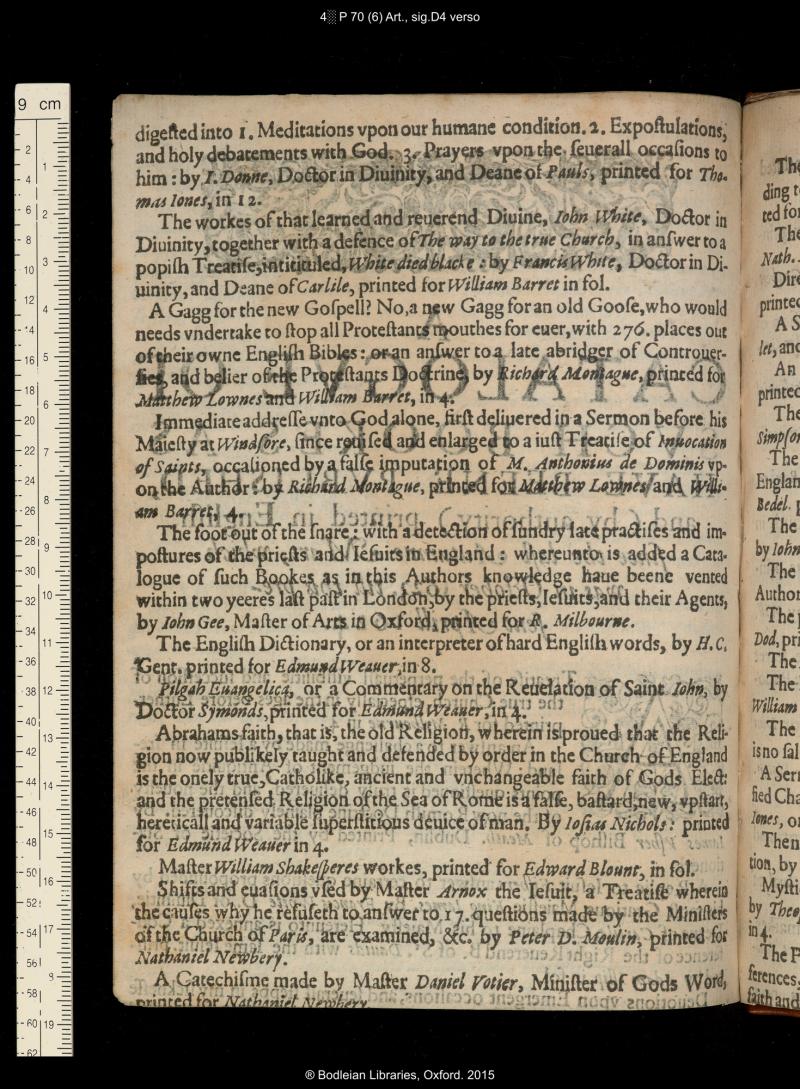 The principal book fair in Western Europe was held biannually in Frankfurt, Germany. While most books offered at the fair were in Latin, by 1618-1619 booksellers advertised books in English in printed catalogs. The Londoners’ catalog for the Spring 1622 Frankfurt Fair announced that English supplements would be included thereafter. Among the English titles listed in the very next catalog, for Autumn 1622, was the Shakespeare First Folio. Two years later, and one year after its printing, the Folio was again advertised in the 1624 Catalog, as shown here.

The 1624 Spring Catalog includes the Shakespeare First Folio as:

Notably, neither title printed in either catalog exactly matches the title of the volume as published, nor do the two catalog titles exactly match one another. Unlike the 1622 Autumn catalog, the 1624 catalog does not abbreviate Shakespeare’s honorific title, including it in full as “Master.”

The 1622 entry describes the collection as “Playes,” the 1624 entry as “workes.” Both entries identify the imprint correctly as a folio; the 1622 entry specifies that the plays were “all in one volume.” The change of printer from Isaac Jaggard in 1622 to Edward Blount in 1624 is curious, as the title-page of the First Folio identifies both men as printers, while the colophon (information given at the end of a book) lists the men at whose cost the volume was printed as William Jaggard (Isaac’s father), Edward Blount, John “Smithweeke” (Smethwick), and William Aspley.

The Frankfurt Fair advertisements of the First Folio suggest that William Shakespeare had gained a reputation beyond the boundaries of England. The personal title “Master” exactly fits with what is otherwise known about the life and social status of the English playwright. 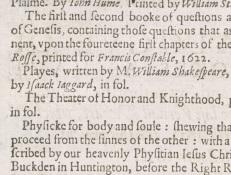 Catalogus Universalis, Autumn 1622: reference to Shakespeare and the First Folio
1622 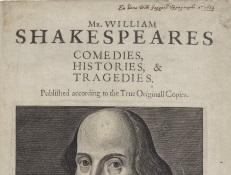