Eighteen of Shakespeare’s plays were printed during Shakespeare's lifetime, in a small, inexpensive format called a “quarto.” A quarto is a book in which each printed sheet is folded twice—in half, and then in half again—to produce four double-sided leaves, or eight pages. Quartos were sold in flimsy bindings or sometimes no bindings at all, making them vulnerable to damage and loss over the years. The early Shakespeare quartos are now extraordinarily rare; some survive in only a single copy. The texts in the quartos sometimes differ significantly from the same plays in the 1623 First Folio, the first collected edition of Shakespeare's plays, which was published seven years after he died.

The first quartos of Shakespeare's plays appeared in 1594 and included Titus Andronicus, and Henry VI Part 2 (as it is now titled). Some plays, such as Richard III and Henry IV Part 1, appeared in multiple quarto editions, showing their popularity. Many of the earliest of the quartos do not include Shakespeare's name but highlight instead the acting company that first performed the play. 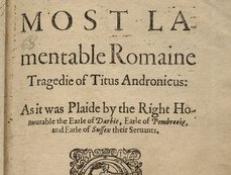 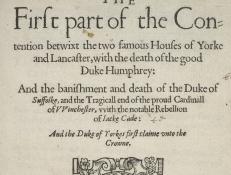 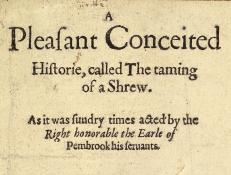 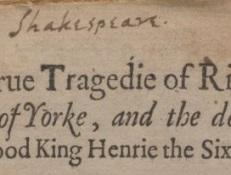 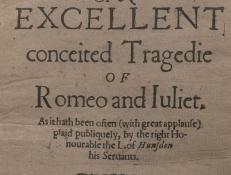 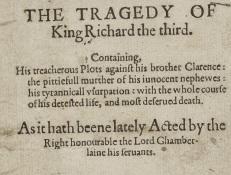 1597
Richard III, first edition
Richard III was first printed in 1597, and the title page enumerates the various exploits to be found within, including Richard’s “treacherous Plots,” the “pittiefull murther of his innocent nephews,” his “tyrannicall vsurpation,” and of course h 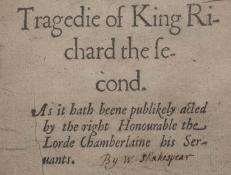 1597
Richard II, first edition
Shakespeare’s Richard II made its debut in print in 1597, approximately two years after the play’s original performance on stage. 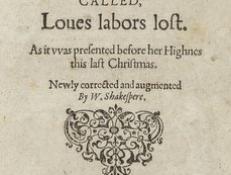 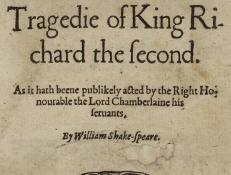 1598
Richard II, second edition
Richard II was printed in a second quarto edition in 1598, a year after its first printing. It was again published by the London bookseller Andrew Wise and printed by Valentine Simmes. 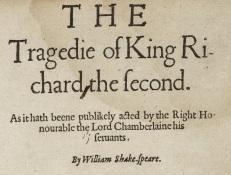 1598
Richard II, third edition
Shakespeare’s Richard II was printed in a third quarto edition in 1598, the same year as its second edition. As was the case with the first two editions, London bookseller Andrew Wise was the publisher.