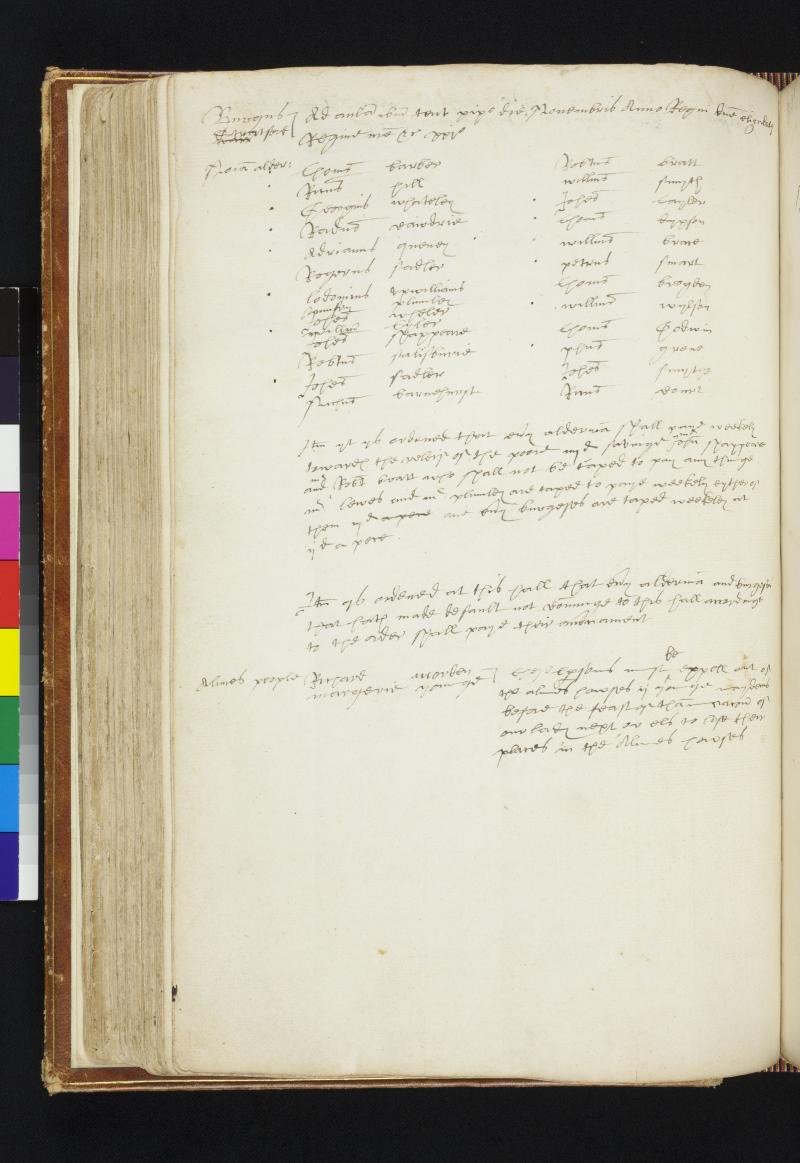 Robert Bearman, "Meeting of the Stratford-upon-Avon Corporation at which John Shakespeare is excused a weekly payment towards the relief of the poor," Shakespeare Documented, https://doi.org/10.37078/474.