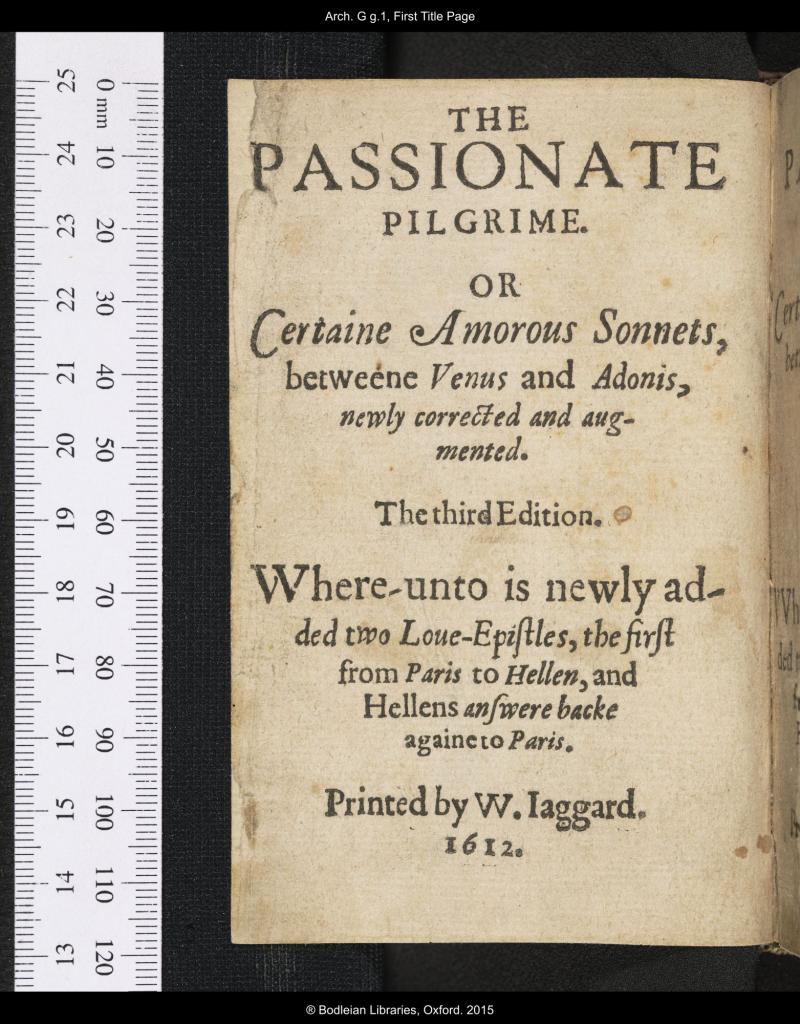 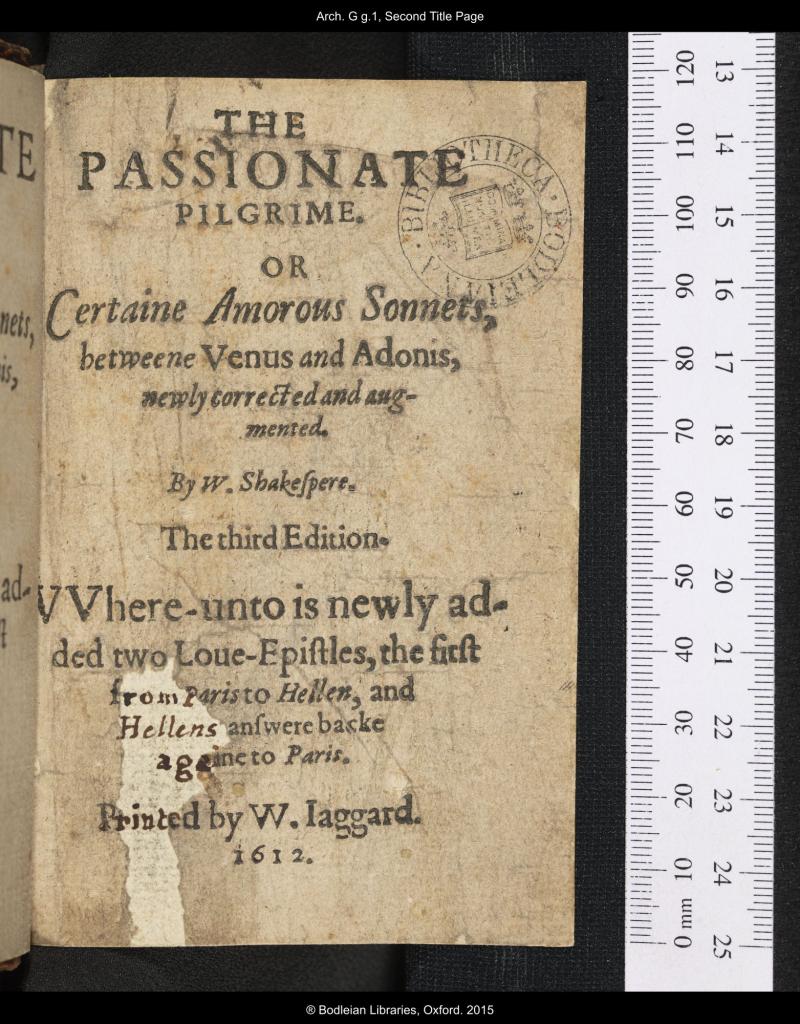 In 1612, William Jaggard published a third edition of The Passionate Pilgrim. Like the second edition, the third edition asserts “By W. Shakespeare.” on its title page.  Therefore, although Shakespeare probably wrote just five of its poems, he is credited as the author of the whole work. This edition was advertised as being expanded from the 1599 editions. The new title page added the subtitle “Or Certaine Amorous Sonnets, betweene Venus and Adonis, newly corrected and augmented,” and further announced the addition of two new love letters between Helen and Paris. In addition to these, seven further poems on the Greek wars are added.

The 1612 edition survives in two copies. The Bodleian copy, shown here, includes two different versions of the title page opposite one another. There is only one difference between the two versions: the left-most one omits Shakespeare’s name.

It appears that Jaggard printed a new title page, without Shakespeare’s name, to be added to all remaining copies. This was most likely in response to a complaint by Thomas Heywood, the unnamed author of the "newly added" poems mentioned at the bottom of the title page. According to Heywood, another author (presumably Shakespeare) was "much offended" that the printer "presumed to make so bold with his name" by implying the entire book was by him.

The precise meaning of Heywood’s accusations admits ambiguity, but appears to suggest Shakespeare’s anger at Jaggard appending his name to the poems of others, implying a narrative akin to piracy. The Bodleian’s title page with Shakespeare’s name removed may indicate Jaggard’s response to Shakespeare’s offence. 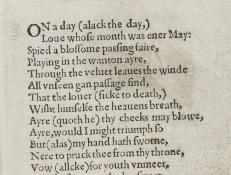 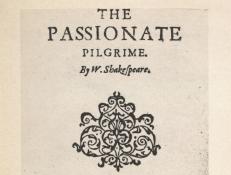