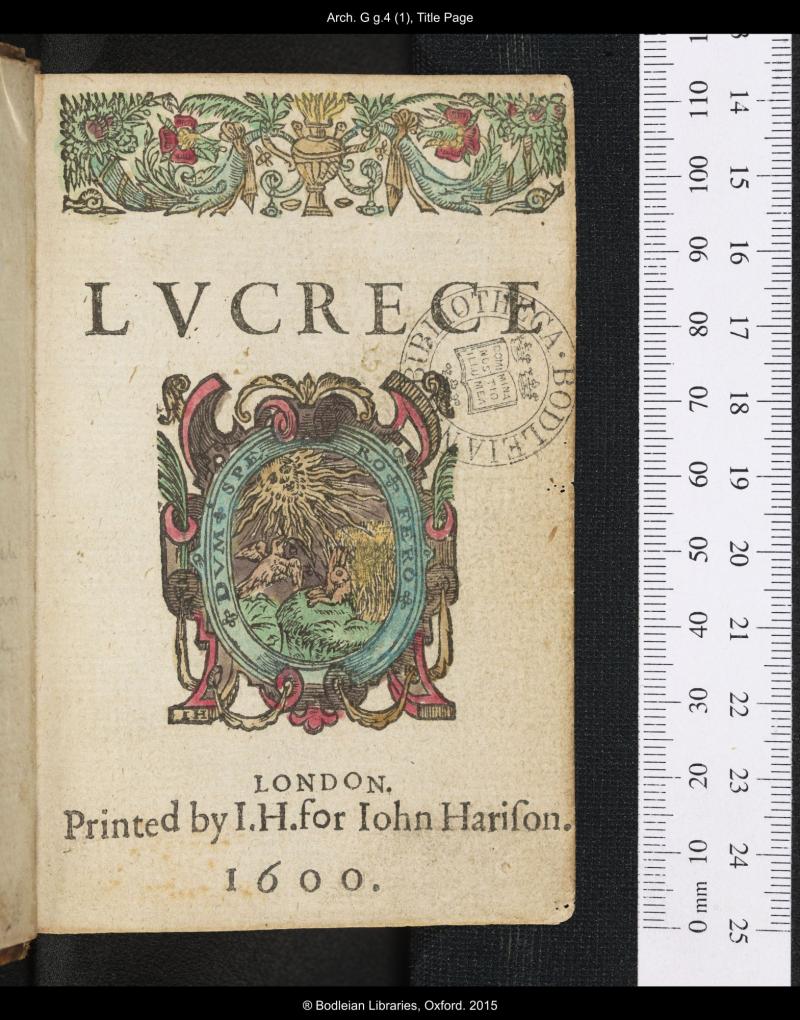 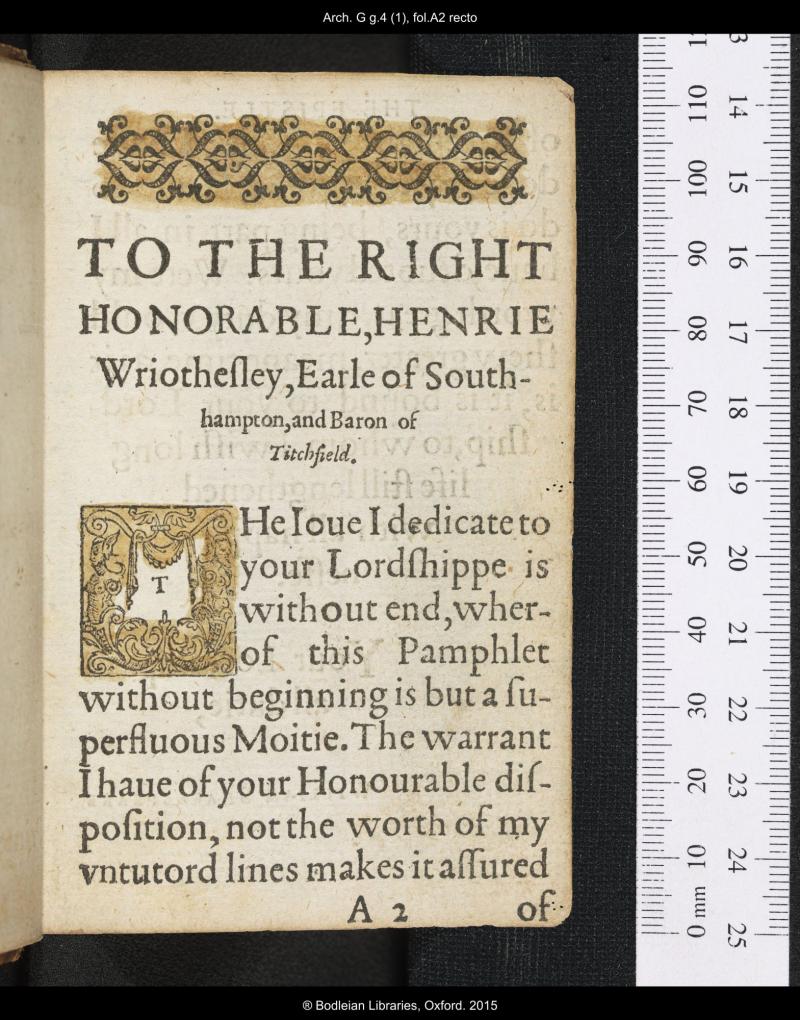 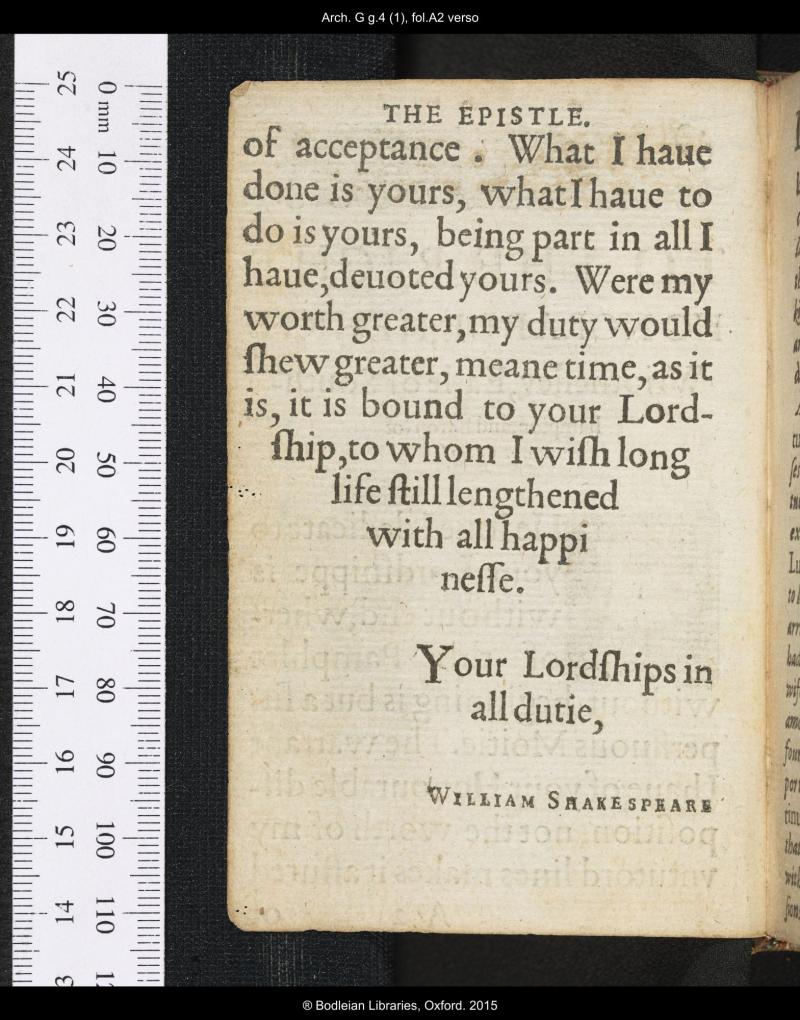 The fourth edition of Lucrece, dated 1600, was printed for John Harrison by his son, John Harrison III. It was set from the third edition, which was also has a 1600 imprint. John Roe observes that the printing of this edition was “apparently done hastily, introducing many new errors” (300). These range from small, accidental differences to more substantive, possibly intentional, changes. For instance, where the third and previous editions read “O rash false heat, wrapped in repentant cold,” the fourth edition instead has “repentance” instead of “repentant,” a different part of speech (line 48 in modern editions).

Furthermore, as Peter Blayney has shown, this edition, though dated 1600, was actually printed in 1602 (Shakespeare’s Poems, 517 n.1). It is unclear whether this dating discrepancy was a mistake or an intentional misstatement, but the seventh, eighth and ninth editions of Venus and Adonis provide additional examples of deliberately misdated editions.

Lucrece, first printed in 1594, would eventually reach an eighth edition before 1640, a number that equals Shakespeare's most popular play, Henry IV Part 1. Although Shakespeare is now known primarily as a playwright, in his own time he was equally revered as the author of Venus and Adonis and Lucrece, his two sensationally successful Ovidian narrative poems.

The two known copies of this edition included in the English Short Title Catalogue are both held at the Bodleian Library in Oxford, England.

John Roe, ed., The Poems: Venus and Adonis, The Rape of Lucrece, The Phoenix and the Turtle, The Passionate Pilgrim, A Lover’s Complaint. Updated edition. (Cambridge: Cambridge University Press, 1992, 2006). 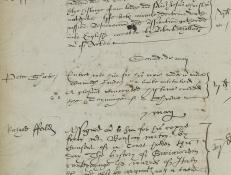 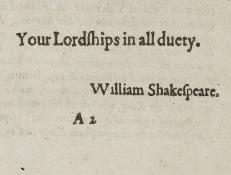 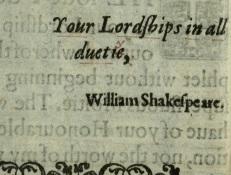 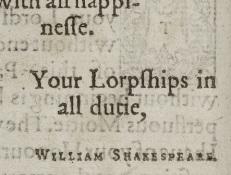 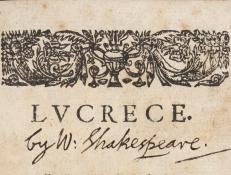 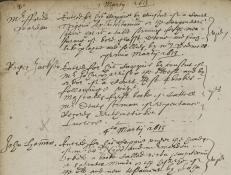 Stationers' Register entry for the transfer of Lucrece in 1614
1614 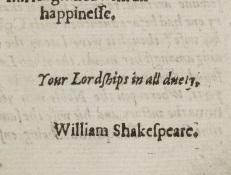