Home Exhibition Playwright, actor & shareholderPlays in print
A Most pleasaunt and excellent conceited Comedie, of Syr Iohn Falstaffe, and the merrie Wiues of Windsor.
1602
Contributed by
The British Library 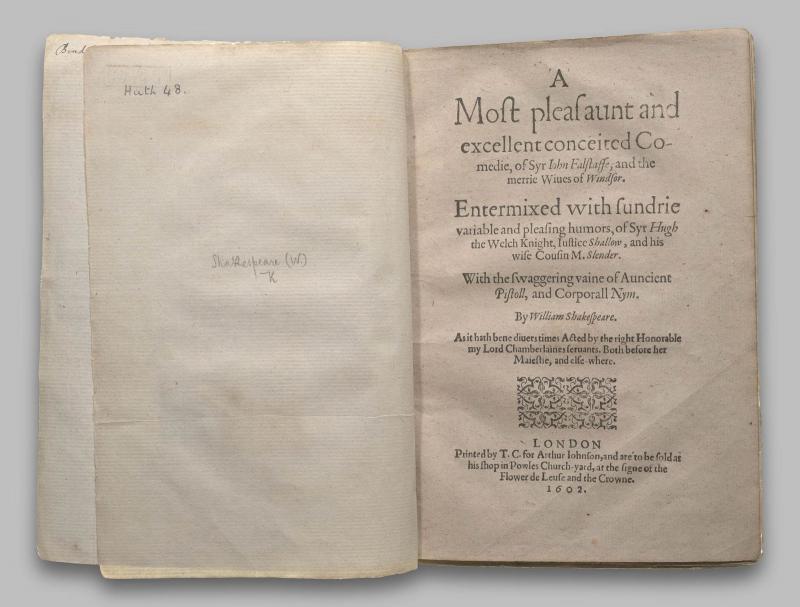 The first edition of the rollicking middle-class comedy The Merry Wives of Windsor was published in 1602, after being entered into the Stationers’ Register for John Busby on January 18, 1602 and then immediately transferred by Busby to Arthur Johnson on the same day. The title-page includes that the play is “By William Shakespeare.”

The text of the first edition differs significantly from the edition published in the First Folio (1623). The Folio version is over a thousand lines longer, adding several entire scenes (including the “Latin lesson” of Act 4, scene 1 and the more detailed setup at the beginning of Act 5 before Falstaff enters wearing “a buck’s head”), as well as transposing Act 3, scene 4 and Act 3, scene 5 and adding the so-called “Garter speech” in Act 5. In addition to these major changes, the Folio rearranges and relocates passages within scenes and from one scene to another, as well as including variations in wording. The differences are extensive enough to make it clear that these are two distinct versions of the play.

Scholars have disagreed, fervently and at length, about why these two versions exist. For many years, the first edition of The Merry Wives of Windsor was known as a “bad quarto,” (as were the first editions of Hamlet, Henry V, Richard III and Romeo and Juliet). Scholars posited that the quarto edition was a memorial reconstruction by the actor who played the Host, pointing out that the Host’s part is largely unchanged. In this model, the Folio text already existed in manuscript by the time this “pirated” text was printed in 1602.

However, recent scholars such as Leah Marcus and Richard Dutton challenge the “bad quarto” narrative, arguing that the consistency of the changes suggests a more conscious revision. For example, the Folio edition not only adds scenes but also locates those scenes much more specifically in villages and places in and around Windsor, whereas this first edition sets the play in a more generalized urban environment. Recent consensus suggests that the Folio changes and additions reflect a new version of the play written for court performance. In this view, the 1602 edition thus represents not a corrupt attempt at piracy through memorial reconstruction, but a legitimate version of the play in its own right, intended for the audience of a public playhouse.

Even those who still believe that memorial reconstruction might explain some differences acknowledge that the theory does not explain many of the more extensive variations between the texts. Giorgio Melchiori, for example, argues that the first edition began as an acting version for the public playhouse. The major differences between the quarto texts and the Folio, then, result primarily from revision and secondarily from the faulty memories of the actor or actors who reported the text.

The copy shown above is one of five known copies listed in the English Short Title Catalogue. It was acquired by the British Library from the estate of Arthur Henry Huth in 1911. The terms of his will allowed the British Museum—of which the library was then still a department—to select 50 volumes from his extensive collection of books when they were sold after his death.

To learn more about this The Merry Wives of Windsore, see the Folger Shakespeare Library's Shakespeare's Works and the British Library’s Shakespeare in Quarto. 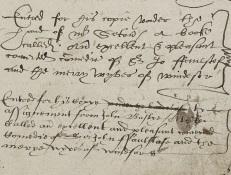 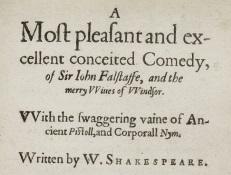