The Worshipful Company of Stationers and Newspaper Makers

The Worshipful Company of Stationers and Newspaper makers of the City of London traces its origins back to 1403. In that year representatives of the various crafts involved in the production of books successfully petitioned the Lord Mayor of London for the right to form a single association and to elect Wardens to oversee the conduct of the associated tradesmen. The craftsmen who had come together to form this association eventually became known collectively as Stationers as they practiced their trade from fixed – stationed - premises rather than by hawking their goods from place to place.

With the introduction of printing to England in the 1470s, the trade association extended its regulatory authority to importers of foreign books and craftsmen printing in London.  The Stationers’ Company’s authority over practitioners of the book trade was further reinforced by a Royal Charter of Queen Mary Tudor in 1557, granting the status of an incorporated company and the authority to search premises and houses for books which might be considered seditious or heretical.

By 1565 the Company had established the principle of copyright, granting to a printer the exclusive right to print a particular work by registering his (or her) prior claim with the Master and Wardens of the Company, although such privileges could also be granted by royal consent. Liber B records such registrations between 1575 and 1595 and is the second copyright register in the Stationers’ Company archive held at Stationers’ Hall near St Paul’s, London.

In 1609 The Stationers’ Company became a shareholder in the foundation of the Virginia colony. Company Freeman Edward Winslow sailed on the Mayflower and went on to become governor of the Plymouth Colony three times.

Although the Stationers’ Company has long since relinquished its control over copyright and publication of books printed in London, it continues to promote the interests of its associated trades and charities.

Documents contributed by The Worshipful Company of Stationers and Newspaper Makers 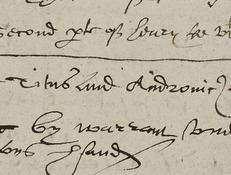 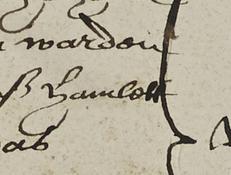 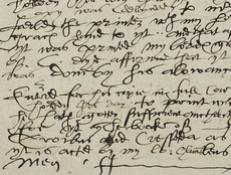 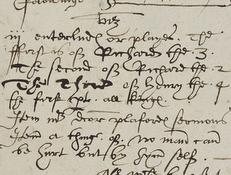 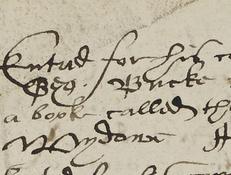 August 6, 1607
Stationers' Register entry for The Puritan
The Puritan was entered into Liber C of the Stationers' Company on August 6, 1607 as "the comedie of 'The Puritan Widowe'." George Eld, the publisher and printer who registered the title, produced the first and only quarto edition l