In 1599, Shakespeare’s company began performing at their newly constructed theater, the Globe. They had previously performed at the Theatre, which they vacated and disassembled after a property dispute. They used the timbers to build a polygonal open-air playhouse, with multiple levels of seating, for up to 3,000 spectators. Several surviving accounts--by a famous astrologer, a baronet’s tutor, and a German prince’s secretary, among others--include descriptions of Shakespeare’s plays being performed there. In June 1613, the original Globe burned down during a performance of Shakespeare’s Henry VIII. A second Globe was built and reopened by June 1614.

In 1596, the actor and theater builder James Burbage bought some property in Blackfriars, a London neighborhood on the site of a former monastery. He converted it into England’s first purpose-built indoor theater, the Blackfriars playhouse. Although it had fewer seats than an outdoor playhouse and needed artificial lighting, the Lord Chamberlain’s Men could perform there in winter and charge more for admission. The aristocratic neighbors in Blackfriars, however, did not want a rowdy playhouse next door. They petitioned to prevent Shakespeare’s company from performing there, and Burbage leased the newly-renovated theatrical space instead to a company of child actors. More than a decade later, in 1608, the Lord Chamberlain’s Men, now the King’s Men, reclaimed the space. Shakespeare was one of the original seven shareholders of the reorganized Blackfriars playhouse, and in 1613 he purchased a house in Blackfriars, not far from the theater. 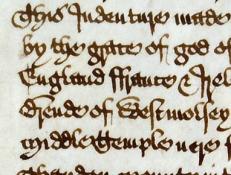 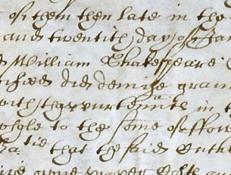 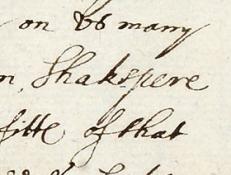 1635
Answer of Cuthbert Burbage et al. to petition of Robert Benefield et al. concerning division of profits of the Globe, but including summary history of the Theatre
In 1635 Robert Benefield, Heilard Swanston, and Thomas Pollard petitioned the Lord Chamberlain for a redistribution of the profits and proceedings of the Globe playhouse.