The “Shakespeare Apocrypha” is the conventional name given to the loose grouping of plays excluded from the First Folio but which have been at one time or another attributed, in whole or in part, to William Shakespeare. C.F. Tucker Brooke coined the phrase when, in 1908, he gathered the fourteen plays outside the canon that he considered to have the best claims to being by Shakespeare. The term “Apocrypha” may refer either specifically to these fourteen plays, or to the broader body of some eighty plays doubtfully associated with Shakespeare.

All of these texts were excluded from the First Folio, but four years earlier in 1619 A Yorkshire Tragedy and Sir John Oldcastle, Part 1 were attributed to Shakespeare by Thomas Pavier as part of his aborted project to publish a collection of Shakespeare’s works. In 1664 Philip Chetwinde added seven of them to the second impression of the Third Folio. These seven (Pericles, The London Prodigal, Thomas, Lord Cromwell, Sir John Oldcastle, Part 1, The Puritan, A Yorkshire Tragedy and Locrine) then appeared as a group as part of the Fourth Folio. Nicholas Rowe based his collected works of Shakespeare on the Fourth Folio, and the disputed plays therefore appeared again in his 1709 and 1714 editions, as well as in the 1728 expansion of Alexander Pope’s edition of Shakespeare’s works. While they never again appeared collectively as Shakespeare’s, in 1780 Edmund Malone republished them as a Supplement to the edition of George Steevens and proclaimed the authenticity of Pericles. From this time on, the other six plays formed the core of several editions of Shakespeare’s disputed plays.

From the eighteenth century onwards, critics began noticing what they considered to be traces of Shakespeare in several other plays. In 1728 Lewis Theobald published his play Double Falsehood, which he claimed was based on a hitherto unknown Shakespeare play, and later in the century Arden of Faversham and Edward III joined discussions of Shakespeare’s broadening canon. In the nineteenth century Romantic critics added dozens of potential plays to the list, often attributing plays to Shakespeare purely on the basis of their anonymity.

More recently, new historical and theoretical approaches have challenged the notion of the Apocrypha. Scholars are now more likely to accept the possibility of Shakespeare writing plays collaboratively, and to consider how the plays of the Apocrypha may have sat alongside those of Shakespeare in the theatre and in bookshops. Several of the disputed plays have been published in editions of Shakespeare’s works over the last century, a sign of growing acceptance of the fluidity of the canon. Besides Two Noble Kinsmen, which has reached general consensus as written collaboratively by Shakespeare, Shakespeare Documented includes disputed plays that were printed prior to 1623. The books in this part of Shakespeare Documented represent some of the most explicit early attributions to Shakespeare and the early appearances of some of the non-Folio plays which have the strongest claims to Shakespearean authorship today.

Key reading on the Shakespeare Apocrypha 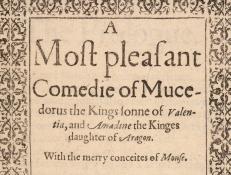 1610
Mucedorus, third edition
This is the third quarto of Mucedorus, the most frequently reprinted play of the early modern period, reaching seventeen known editions between 1598 and 1668. The play was first attributed to Shakespeare in a bound volume of quartos in the library of Charles I (ca. 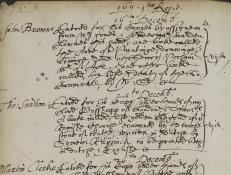 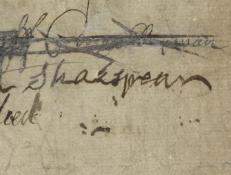 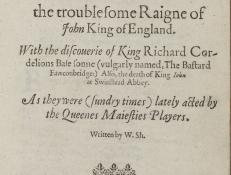 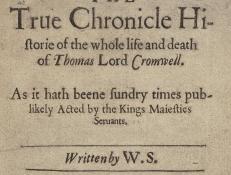 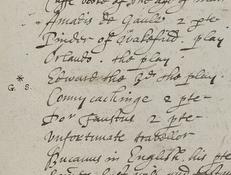 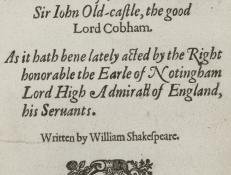 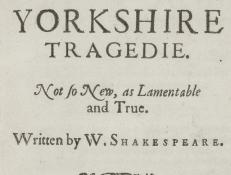 1619
A Yorkshire Tragedy, second edition
Thomas Pavier’s 1619 reissue of A Yorkshire Tragedie, now printed by William Jaggard, repeats the attribution to “W. Shakespeare” and places his name more prominently in capitals, but removes the information about playing company and theater. 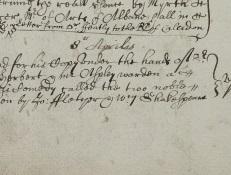