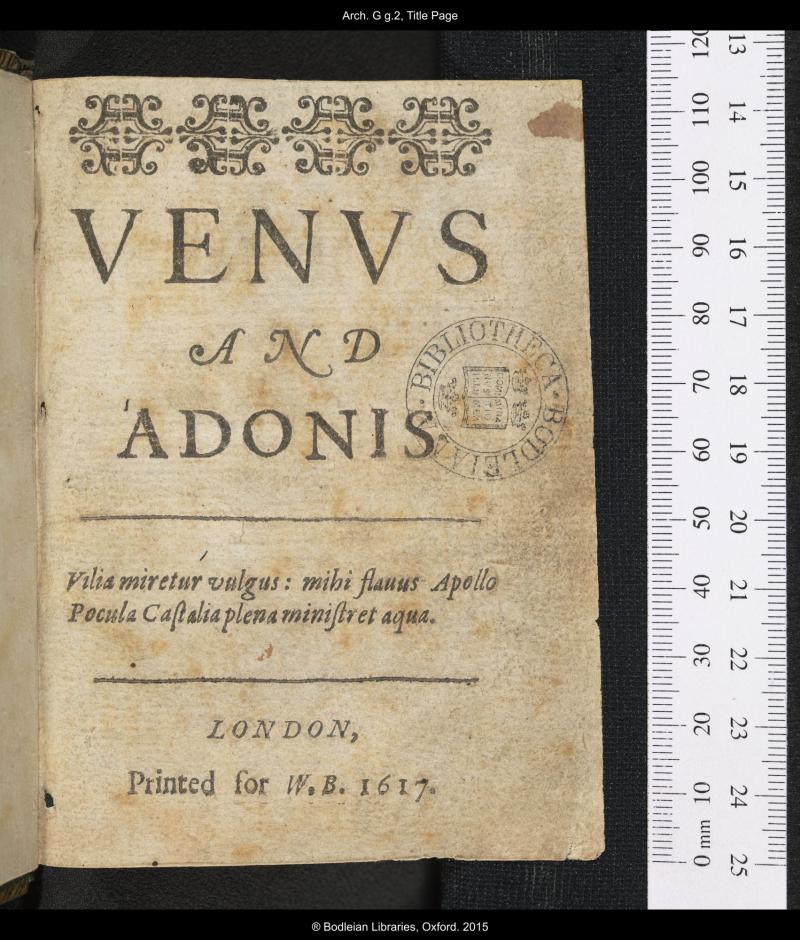 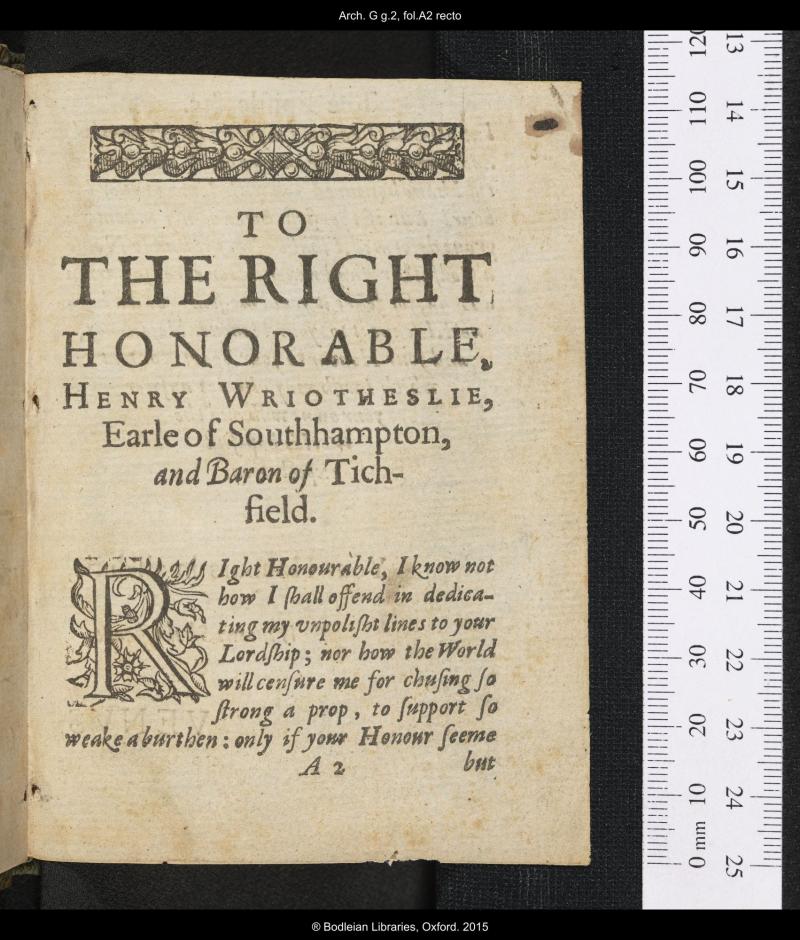 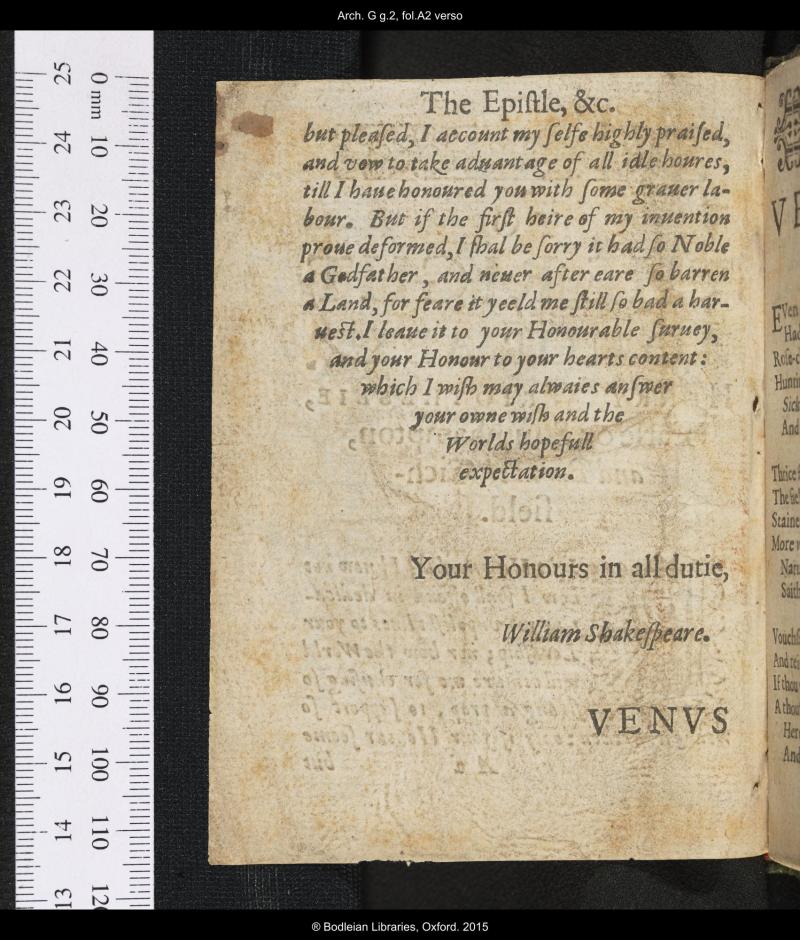 William Stansby printed the eleventh edition of Venus and Adonis for William Barrett in 1617. William Leake had transferred the right to publish Venus and Adonis to Barrett earlier that year on February 16, 1617. Barrett also gained the rights to 18 other items in the same entry, including two books of poetry by Robert Southwell, John Lyly’s Euphues, and several religious works.

This is the only known copy of this edition known to survive. It was bequeathed to the Bodleian Library by barrister and literary editor Thomas Caldecott in 1833.

Sidney Lee, ed., Shakespeares Venus and Adonis: Being a Reproduction in Facsimile of the First Edition 1593. (Oxford: Clarendon Press, 1905). 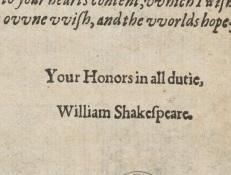 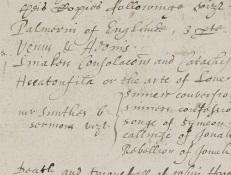 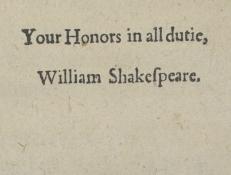 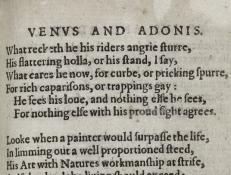 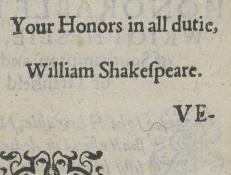 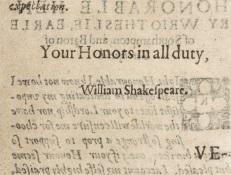 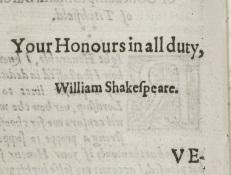 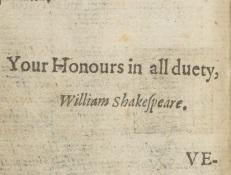 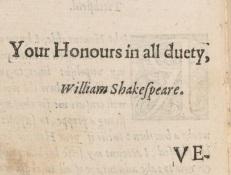 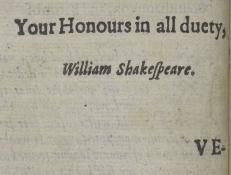 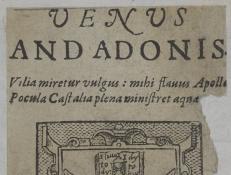 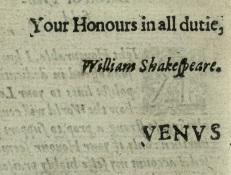