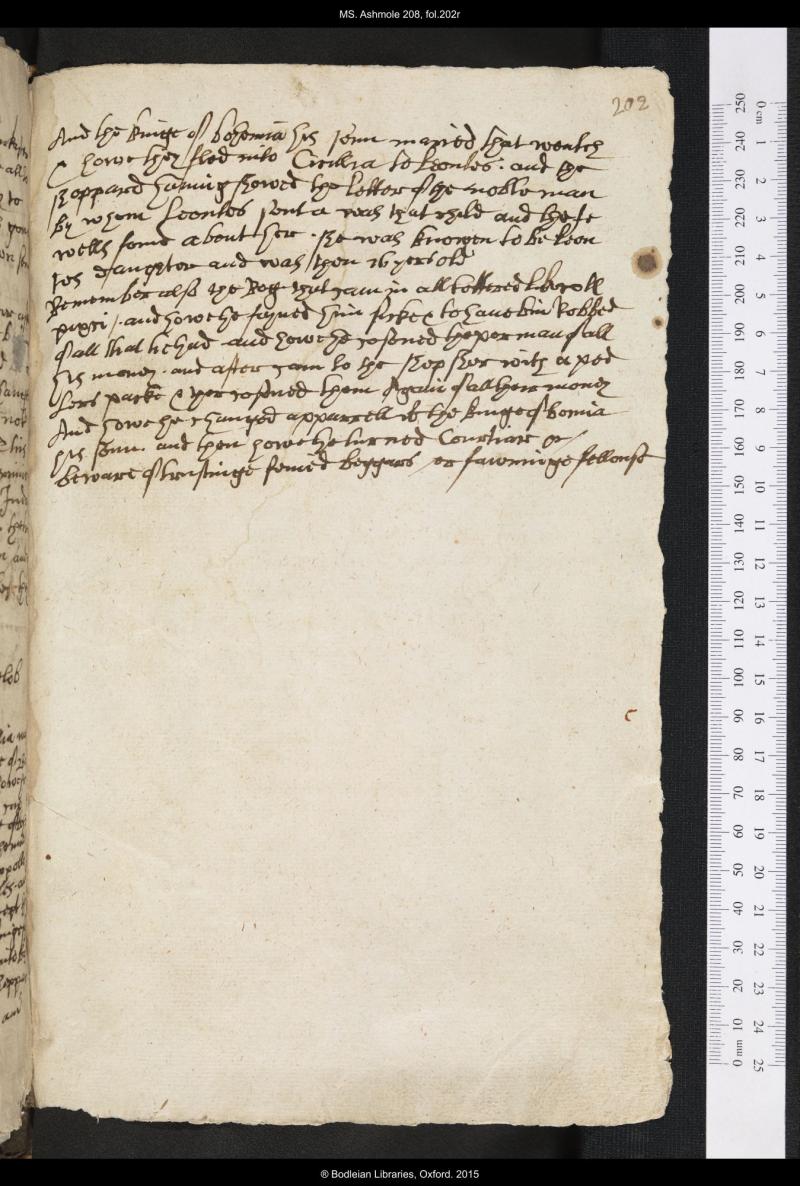 and the king of Bohemia his son married that wench. And how they fled into Sicilia to Leontes, and the shepherd having showed the letter of the nobleman by whom Leontes sent was that child, and [by] the jewels found about her, she was known to be Leontes's daughter, and was then 16 years old.

Remember also the rogue that came in all tattered like colt pixie, and how he feigned him sick and to have been robbed of all that he had and how he cozened the poor man of all his money, and after came to the sheep-shearer with a pedlar's pack and there cozened them again of all their money. And how he changed apparel with the king of Bohemia his son, and then how he turned courtier, etc. Beware of trusting feigned beggars or fawning felons.

And the kinge of bohemia his sonn maried that wentch [sic]

& howe they fled into Cicillia to Leontes. and the

sheppard hauing showed the letter of the noble man

by whom Leontes sente was that child and the Ie

wells found about her. she was knowen to be leon

tes daughter and was then 16 yers old

pixci /. and howe he feyned him sicke & to haue bin Robbed

his money. and after cam to the shep sher with a ped

lers packe & ther cosoned them Again of all their money

And howe he changed apparrell with the kinge of bomia [sic]

his sonn. and then howe he turned Courtiar &c/