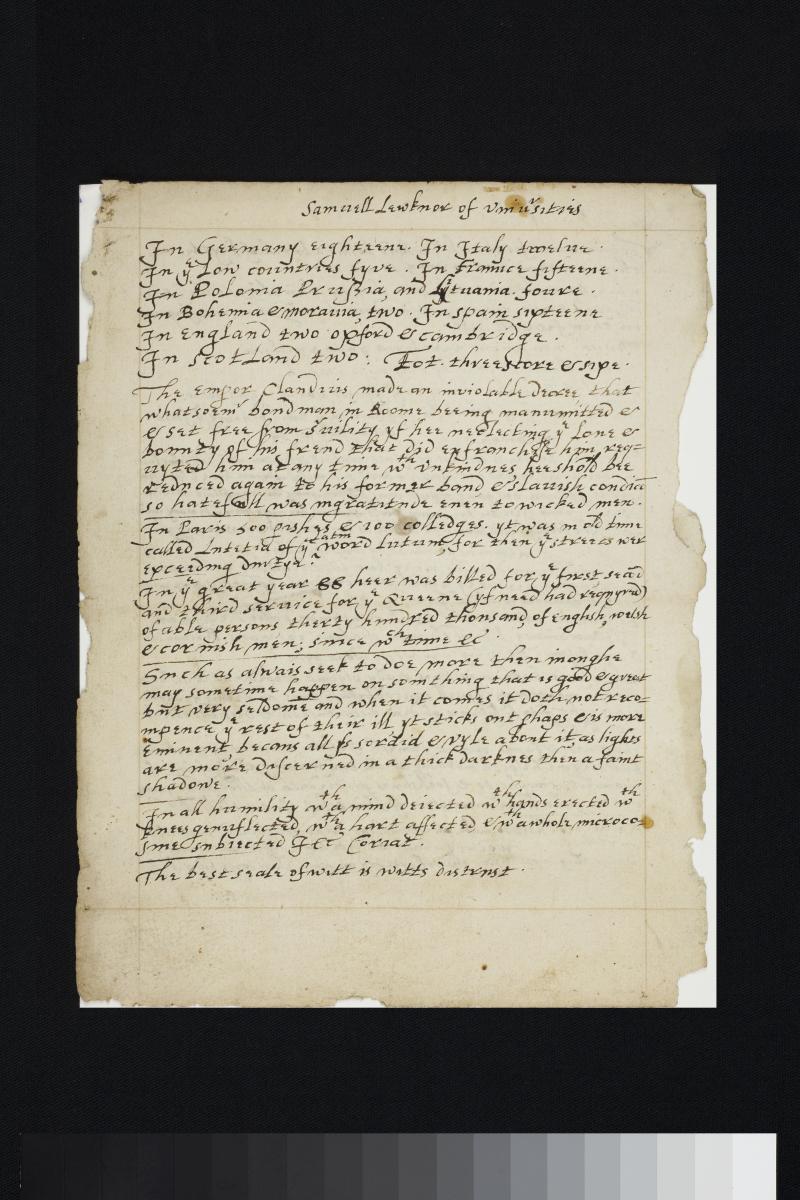 The emperor Claudius made an inviolable decree that
whatsoeuer bondman in Roome beeing manumitted &
& set free from seruility yf hee neclecking the loue &
bounty of his frend that did enfranchise him req=
uyted him at any time with vnkindes, hee shold bee
reduced again to his former bond & slauish condicion
so hatefull was ingratitude euen to wicked men.

In Paris 500 parishes & 100 colledges. yt was in old time
called Lutetia of the Latin word Lutum, for then the streets wer
exceeding durtye.

In the great year 88 heer was billed for the first, second
and third seruice for the Queene (yf need had requyred)
of able persons, therty hundred thousand, of english, welsh
& cornish men; since which time &c.

Such as alwais seek to doe more then inoughe
may sometime happen on somthing that is good & great
but very seldome and when it comes it doth not reco=
mpence the rest of their ill, yt sticks out perhaps & is more
eminent, becaus all ys sordid & vyle about it, as lights
are more discerned in a thick darknes then a faint
shadowe.

In all humility with a mind deiected with hands erected with
knees genuflected, with a hart affected, & with a whole microco=
sme subiected I &c. Coriat.

The best seale of witt is witts distrust.