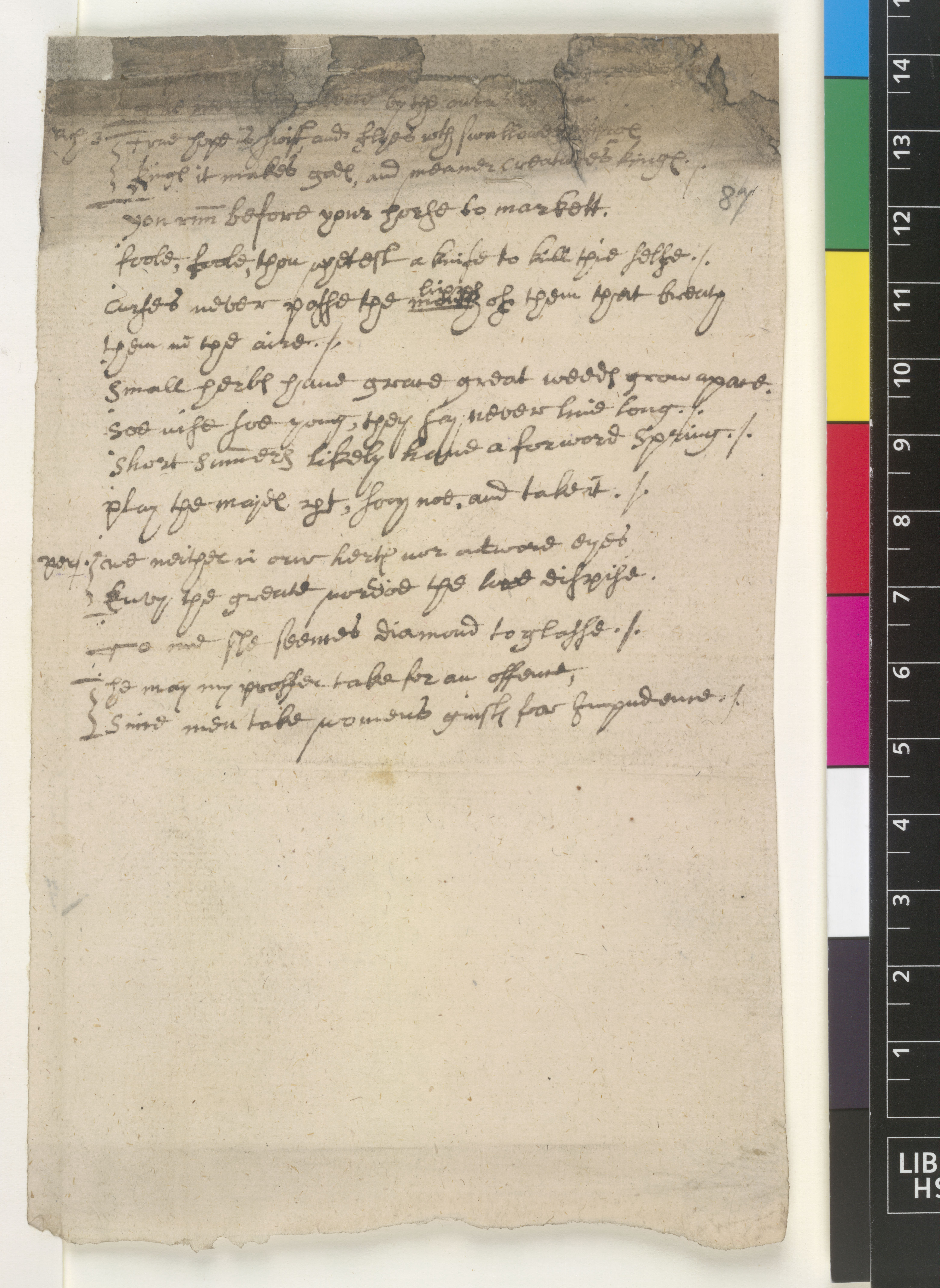 Document-specific information
Title: Four slips of paper used as bookmarks, said to be taken from a German book of about 1620. The first three consist of fragments from a letter, the last contains a dozen Shakespearian quotations, of one to two lines each, from Pericles and Richard I[II]
Date: ca. 1620
Repository: The British Library, London, UK
Call number and opening: Add. MS 41063 K, fol. 87r
View online bibliographic record