Skip to main content
Return to Shakespeare, Ben Jonson, and the "Latin" spoons in L'Estrange's jest book
Contributed by
The British Library 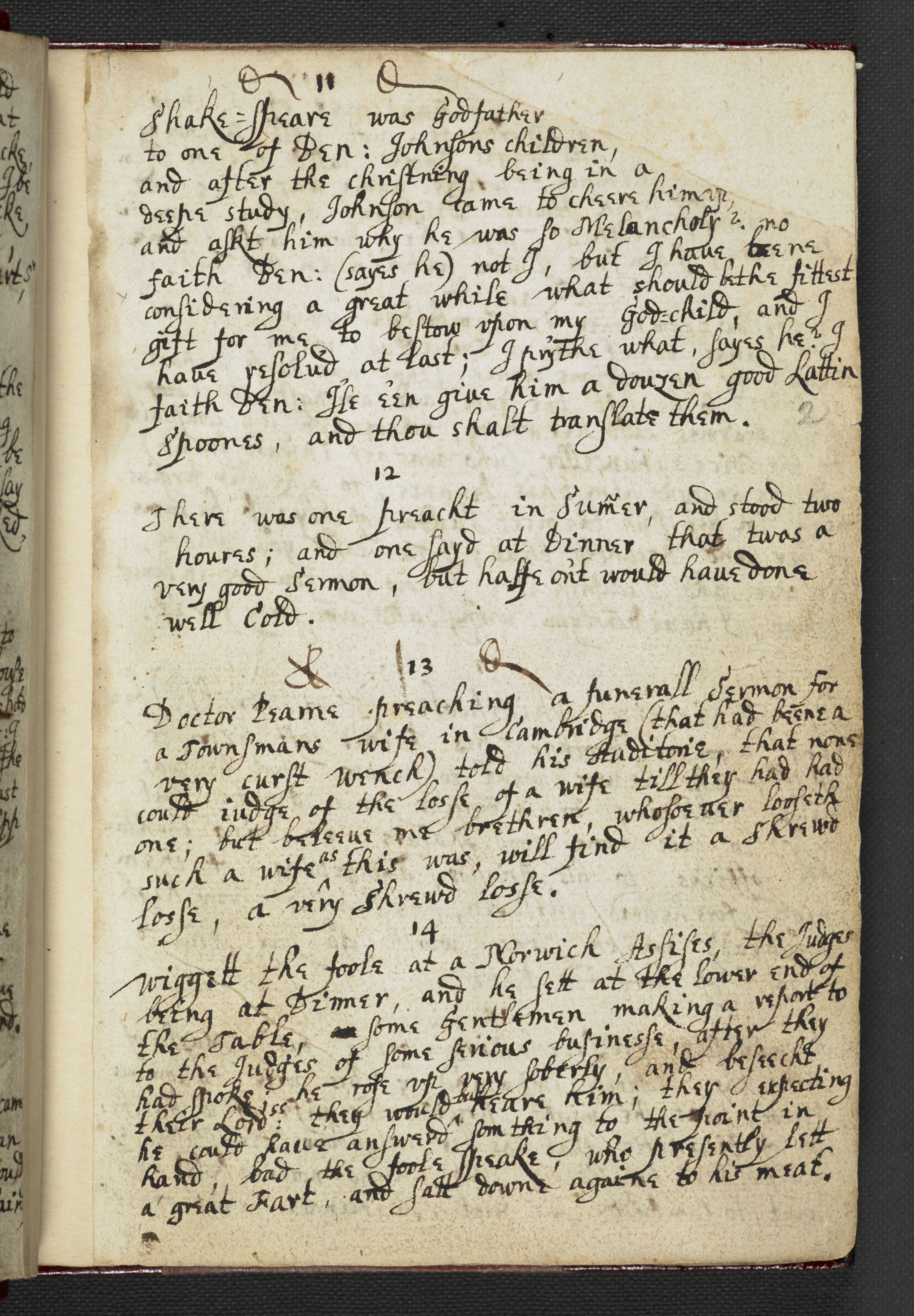 Document-specific information
Creator: Sir Nicholas L'Estrange
Title: An Octavo, containing 606 Jests & curious Stories, carefully numbered; with a few, in a different hand, that are not numbered. To the former there is a complete Index, assigning in each Instance the Person from whom the Collector received the Tale, and as he mentions most of his near relations by name, it would not be difficult, were it wished, to ascertain who he was.
Date: ca. 1650
Repository: The British Library, London, UK
Call number and opening: Harley MS 6395, fol. 2r

Return to Shakespeare, Ben Jonson, and the "Latin" spoons in L'Estrange's jest book