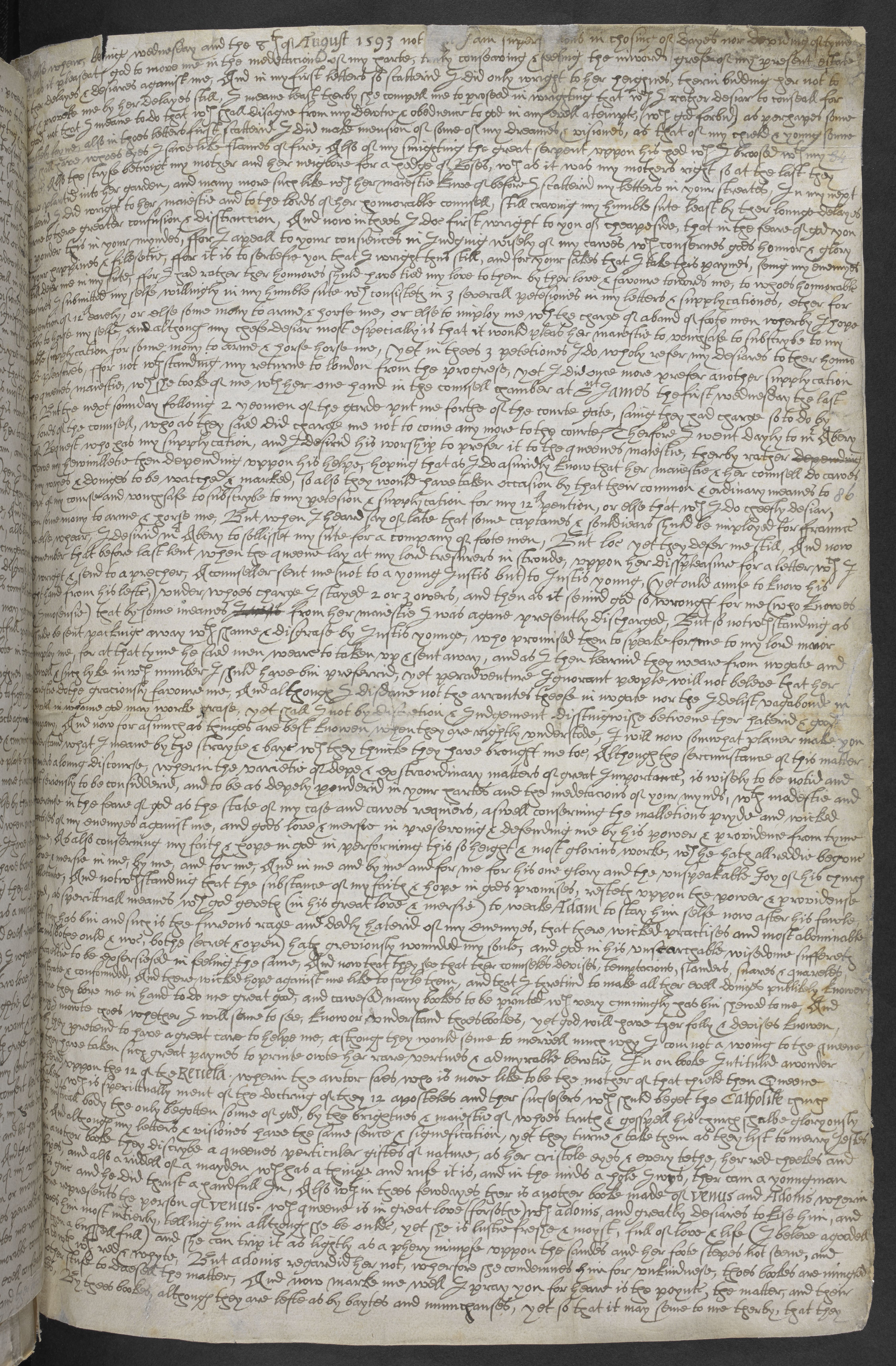 Document-specific information
Creator: William Reynolds
Title: William Renolds's most impudent, abusive, and nearly treasonable letter to the Queen; with two others to the Lords of the Council, and to the Citizens of London; reviling them all in most scurrilous terms, such as only absolute madness can excuse
Date: 1593
Repository: The British Library, London, UK
Call number and opening: Lansdowne MS 99/31, fols. 81r-87v
View online bibliographic record

Return to William Reynolds' account of Venus and Adonis