John Shakespeare identified as a glover 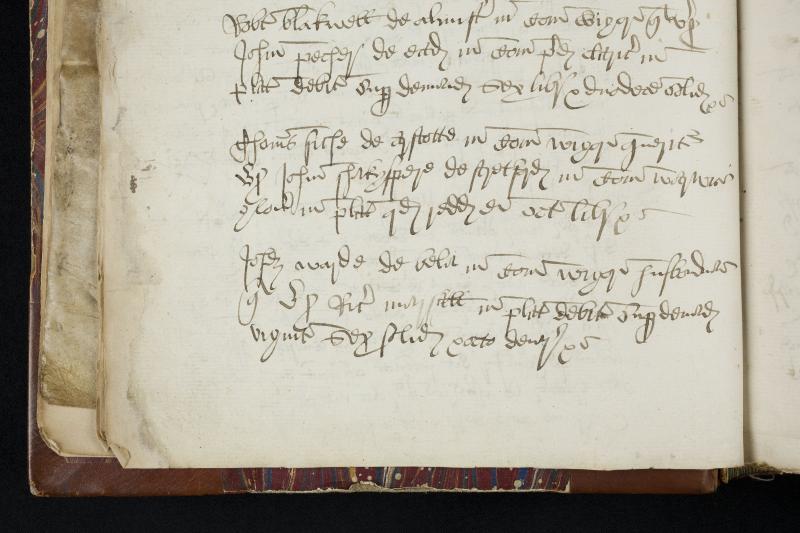 Robert Blackwell of Alderminster complains against John Peachey of the same, clergyman, in a plea of debt on demand, £6 12s.

Thomas Such of Armscote complains against John Shakespeare of Stratford, glover, in a plea that he return to him £8 10s.

John Ward of Beoley, husbandman, complains against Richard Marshall in a plea of debt on demand, 26s. 8d.