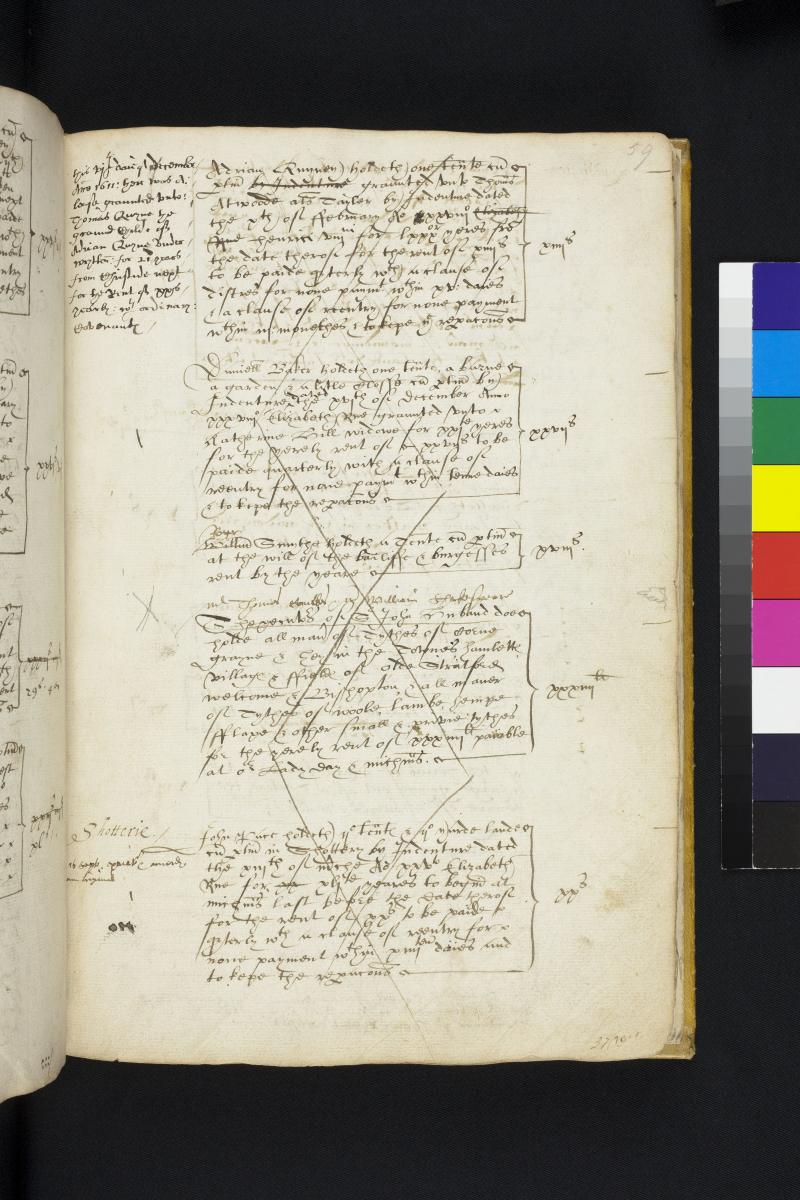 [marginal note made of a subsequent lease of the same property]

this vj daie of december
Anno 1611: their was A:
lease graunted vnto
Thomas Quyne the
grand Childe of
Adrian Quyne vnder
wrytten: for 21 years
from Christide next
for the Rent of xxs
yearly : with ordinary:
Covenantes

[all five following entries were marked for deletion]