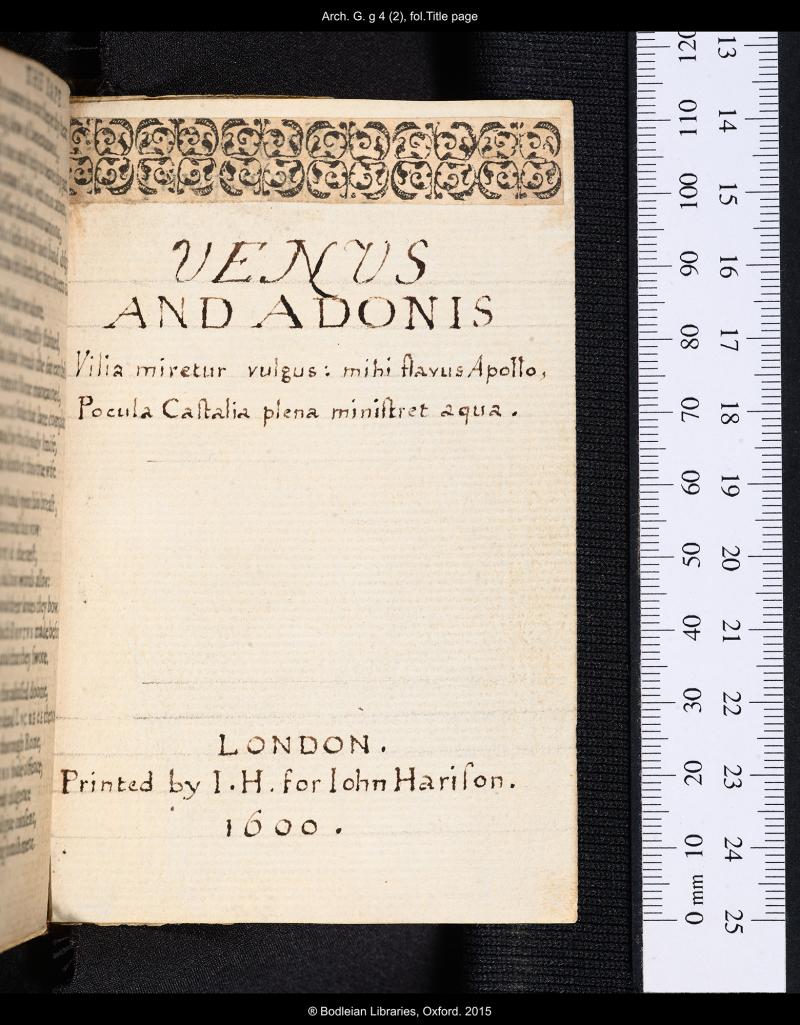 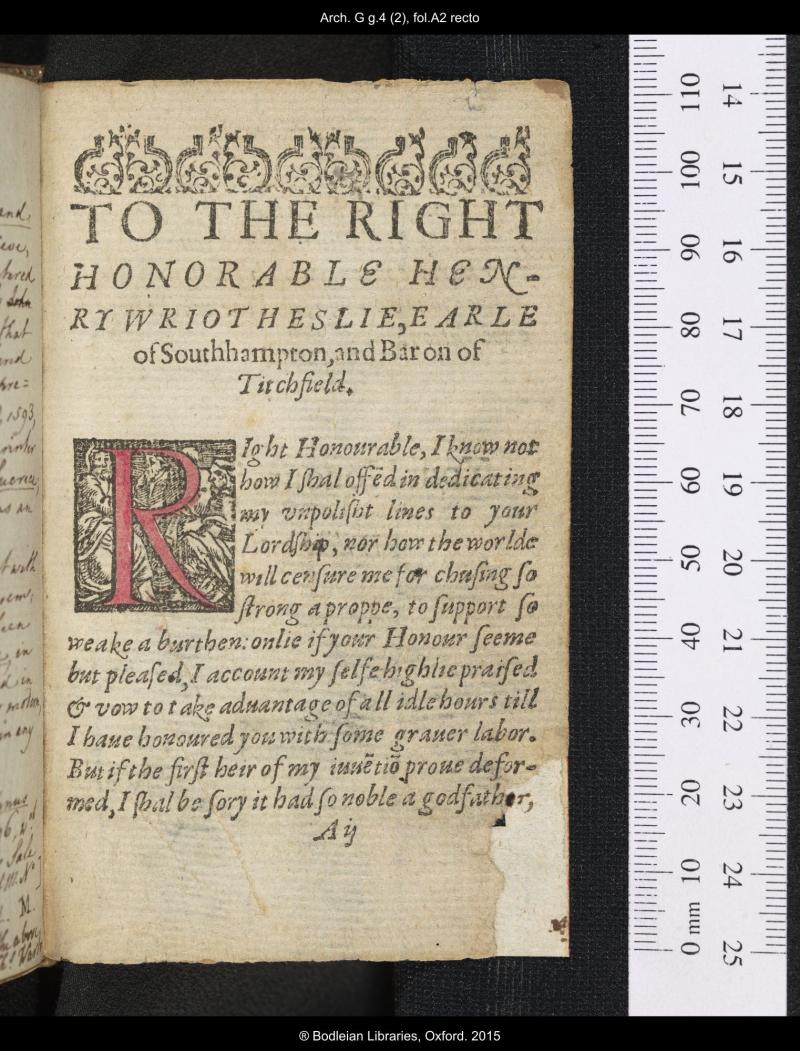 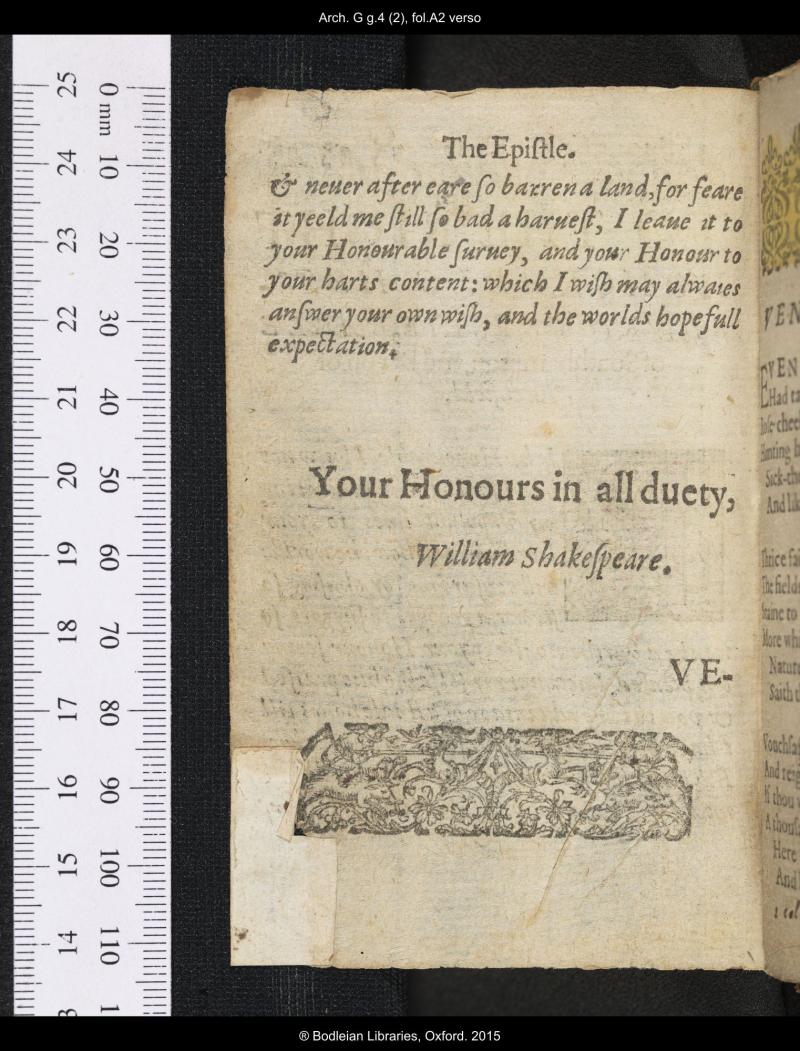 To learn more about the plot and early printing history of Venus and Adonis, please visit the Folger Shakespeare Library's Shakespeare's Works; to read a modernized edition of the poem, see Folger Digital Texts.